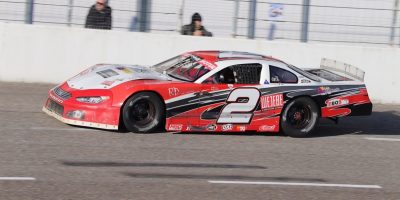 Verberkt is the 2021 V8 Oval Series Champion at Raceway Venray 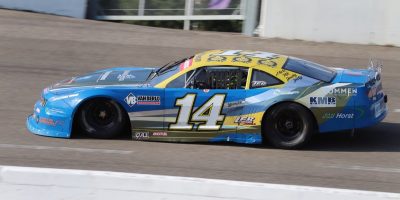 For the fourth time: Barry Maessen wins the 2021 V8OS EuroCup at Venray

In April, the #21 late model of Philipp Bachor was destroyed in a fire on the premises of the family business – The team nevertheless plans to race in the 2020 V8 Oval Series at Raceway Venray

At the end of 2016, the Bachor Racingteam bought the late model from Frank Wouters to cause a sensation in the V8 Oval Series at Raceway Venray. Driver Philipp Bachor quickly celebrated his first successes in this car, clinching victories and always fighting for the title in the top third of the championship. This car was completely destroyed in a fire at the end of April.

On the premises of the Bachor family business there was a fire in the night from April 17th to 18th, which destroyed not only the company property but also the Bachor car. Due to the investigations, the team had decided not to give any information to the public – until now.

“Of course it hurts to see your property go up in flames, but we are looking ahead,” said team boss Uwe Bachor. “The bureaucratic processes are almost complete, which is why we are now concentrating on the future after the clean-up work. Since we wanted to rent out the #22 car, we put a lot of work into it. Our two cars were always almost identical, so it is no big problem for us to prepare the car for Philipp.”

Philipp Bachor is also looking ahead despite the setback: “Losing this car is not easy for me. I clinched my first victory in the V8 Oval Series in this car and experienced many great races. Nevertheless, I’m looking ahead because I know that we always prepared the second car with the same commitment. I would like to thank the whole team for the support they have given my family during these difficult times.”

The start of the V8 Oval Series season has been postponed to September 27 due to the COVID 19 pandemic. This gives the team enough time to prepare the second car for a run on the half mile oval at Raceway Venray.

With the loss of the starting #21 Chevrolet, a big piece of history of the late model series in the Netherlands has crumbled to dust. After all: according to the chassis number, the #22 car, which the team is now preparing, was built directly after the burnt #21.

Verberkt is the 2021 V8 Oval Series Champion at Raceway Venray

For the fourth time: Barry Maessen wins the 2021 V8OS EuroCup at Venray