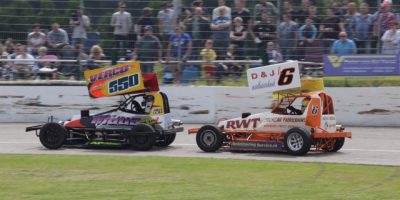 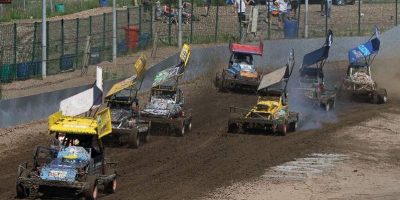 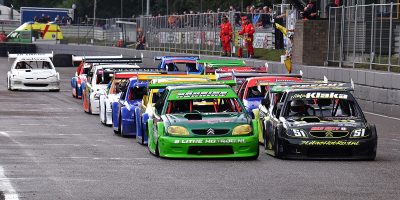 “Flat out, brake late, turn left,” that is the secret of Danny van Wamelen in Stockcar F1 on the Autospeedway ovals in the Netherlands, the race driver from Pijnacker told ‘Leadlap.net’. On June 27, the 29-year-old finished third in the day’s standings at Raceway Venray.

Prior to that, the Dutchman took victory in the final race and two top-five results in the three heats. Van Wamelen, who has been part of the Autospeedway scene since birth and started racing at the age of 12, drives his #47 Stockcar F1 with the red roof and is therefore one of the superstars of the V8 series, in which the best drivers have to start from the back.

Van Wamelen deliberately chose Stockcar F1. The reason is as simple as his secret: “I like the hard, fast racing, the atmosphere and also the high level of competition. My goal is to win every race and just have a lot of fun.”

Due to the coronavirus pandemic, the 650-horsepower V8 engine remained silent for a long time. Although van Wamelen is considered a hobby driver, the 29-year-old kept himself fit during the enforced break: “Until it was possible, I went to the gym. When it closed, I trained at home.”

Van Wamelen hardly did any work on the cars: “We didn’t do much with the car. The car for shale was rebuilt before the last World Championship final because the engine broke in practice. With the tarmac car we just did normal maintenance.”

Since van Wamelen and the team have cars for both surfaces, he will start on asphalt in Venray as well as Lelystad and on dirt in Blauwhuis, Emmen as well as Sint Maarten. His goal is to qualify for the World Championship final in Great Britain. Of course, all this only works with the right team behind him: “I would like to thank my Stockcar Team Baarlo for their constant support. The car is put in one hundred percent condition after every race.”

Of course, there are also partners who help van Wamelen: “Without my great sponsors, I wouldn’t be able to compete at this level. Anyone who wants to follow our adventure can subscribe to us on Facebook. That’s where we give a behind-the-scenes look at our team.”