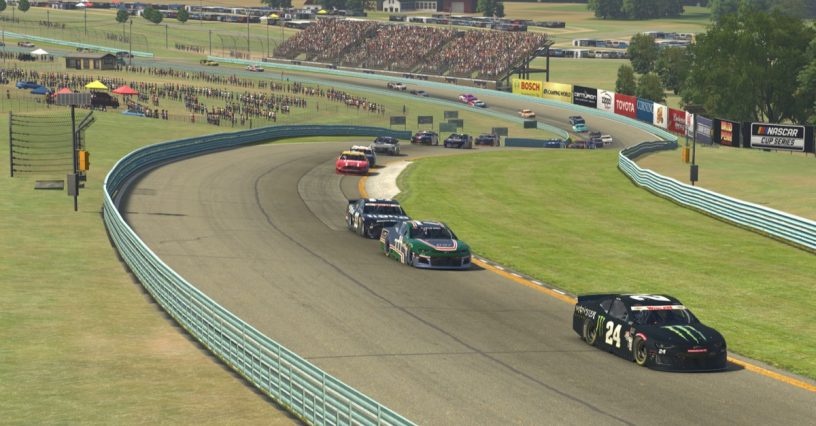 Never before has a large series included results from the virtual world in the real world, but the NASCAR Whelen Euro Series (NWES) wants to pioneer this with the newly created virtual EuroNASCAR Esports Series. The championship for NWES teams will have a direct impact on the team classification of the 2020 season – how exactly, is still open.

The first event is planned for April 21, where the virtual road course at the Daytona International Speedway will be used for the race. But the first race is only a show race to celebrate the step into SimRacing. The official start of the season will take place on 28th of April at the Indy circuit at Brands Hatch. There will be a total of eight events – weekly on Tuesdays starting at 8pm. The last three races will serve as the playoffs, in which double points will be awarded just like in the real NWES.

The championship is created for the drivers and teams of the NWES, whereby there will be wildcard places for SimRacers and prominent guests. Also on the agenda are the races at the tracks in Brands Hatch and Zolder, two tracks that are also visited by the NWES in reality. The iRacing platform will serve as the simulation, which is already used in the US NASCAR series for the SimRacing championship.

Besides the European tracks, American circuits have already been confirmed. Waktins Glen, the road course in Indianapolis and the Roval in Charlotte will be part of the schedule. The other circuits and the exact order of the event will be announced later. The virtual NASCAR Cup cars will be used for the races. The races will be streamed on the official channels of the NWES.