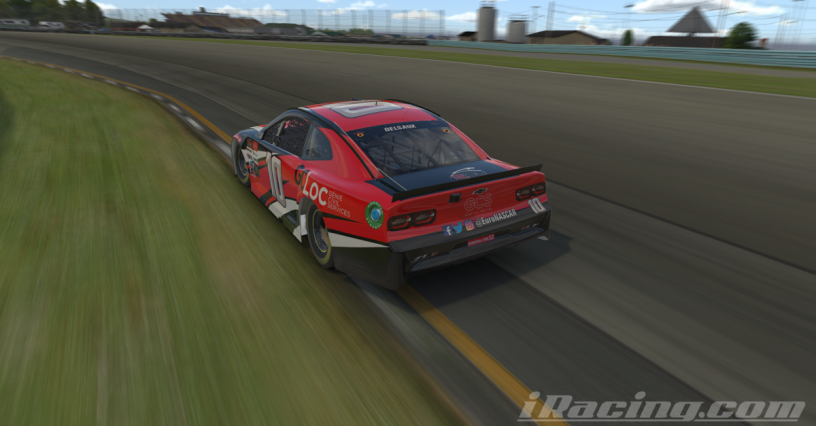 The first season of the EuroNASCAR Esports Series (ENES) is in full swing and Ulysse Delsaux is also involved in the championship. The driver, who won the EuroNASCAR 2 championship with RDV Competition in 2018, wants to achieve good results in the virtual world, but for him the real world has priority. In the 2020 NASCAR Whelen Euro Series he wants to finish inside the top-10.

Nevertheless, the ENES can be important for Delsaux: In the real 2020 season, the Frenchman is planning to pull double duties in both the EuroNASCAR PRO and EuroNASCAR 2 championships, but the EuroNASCAR PRO division is his priority. Since he will start in both series, he will collect points for the #10 car in the team classification all by himself.

With a good overall result in the ENES, Delsaux could get a good starting position, because the whole virtual championship has the weight of one single real NWES race. Nevertheless, the goal of finishing in the top-10 in the real world is still his most important goal.

“Actually, sim racing is fun for me and I used it as practice to get to know a track before a real race, which works well,” Delsaux told ‘Leadlap.net’. However, the 22-year-old doesn’t believe that a race car driver can take much away from the simulation for the real world. He said: “It remains virtual, even if it becomes more and more realistic.”

Top-10 in the EuroNASCAR PRO the big goal

That’s why Delsaux only has the EuroNASCAR PRO championship in mind: “I want to drive in the top-10 regularly and gradually get closer to the top-5. I’ll work hard with my team so that we keep improving.”

Delsaux is also personally preparing for the comeback of real racing with the means currently available. “Although we don’t know yet when we’ll continue, I’m training five days a week,” says the 22-year-old. “I also enjoy the time with my family. In these difficult times it is important that we take care of each other.”