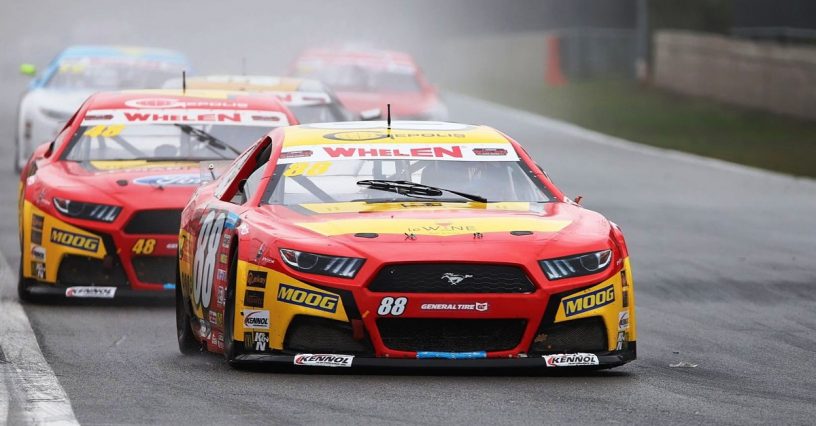 Ander Vilarino was clear on his thoughts about his 2019 comeback in the NASCAR Whelen Euro Series (NWES). After the season finale in Zolder, the Spaniard told ‘Leadlap.net’ that, despite a back-to-back win at the opening round in Valencia, his season had soon turned into a nightmare.

The three-time EuroNASCAR champion claimed that his team, as well as himself, could no longer unlock the car’s full potential. A mystery that remained unsolved for the remainder of the season.

Racing Engineering, a team with an illustrious history of twelve championships in Formula and GT classes, finished their maiden season in the NWES wondering likewise why they couldn’t keep up their Valencia form. After all, winning the first two races with the returning Vilarino, the Spanish outfit seemed in contention of clinching the title at their very first attempt.

Presented with the comments Vilarino made towards ‘Leadlap.net’, Racing Engineering’s team principal Alfonso de Orléans-Borbón admits: “I think he might be right [on the car lacking performance]. Don’t forget that we have full time staff only dedicated to NASCAR, so after each race we literally took apart the cars and analyzed everything.”

The team boss says: “So it has been a bit of a mystery why the car was not running so well. Ander told us that the engine might be the cause, but when you compare the data with the other car, there was not really any difference.”

“Even if you were to take into consideration a slight power difference, it cannot be enough to cause such a massive loss of competitiveness from one race to the next,” tells the Spaniard. “There is more to it, but since we do not have the cars anymore, it will be difficult to really find out why.”

In the end, the team still finished a strong third in the NWES team championship to conclude their debut season. Questioned if the overall performance was satisfying, de Orleans-Borbon says: “Considering the amount of time and effort we put into the championship, not really. Although we have to also put into context that it was our first year and apart from Valencia and Hockenheim, all the tracks were new to us, as was the car. So over all it was a steep learning curve compared to most of the other teams.”

Getting to know the cars and their characteristics is crucial when you enter a new racing series. Was that the biggest challenge in 2019 for the shiny red and yellow cars? The team boss answers: “It was mostly the new tracks since they were so different to anything we were used to race on. Then I would say understanding the cars. But by the second season, I am sure that it should not really be a problem.”

With Vilarino already stating that he won’t be back with Racing Engineering if he returns to the NWES in 2020, it remains uncertain at this point if the Spanish team will be back on the grid after all. However, ‘Leadlap.net’ understands that Racing Engineering is eyeing one driver in particular, if they return next season. The story behind that will be revealed soon!