The second round of the NASCAR Whelen Euro Series (NWES) at Circuit Zolder is in the books. While Alon Day (PK Carsport) won the EuroNASCAR PRO championship race on Sunday, Martin Doubek (Hendriks Motorsport) secured his second consecutive win of the season in the EuroNASCAR 2 series. As on Saturday, the races took place in front of about 200 spectators.

“What a Day”: Israeli Day not only took his first victory of the season in the Sunday race of the EuroNASCAR PRO championship, but also the first victory for his new team PK Carsport. It was his 21st career win in the NWES and he is only one victory away from Ander Vilarino’s record.

The second EuroNASCAR PRO race was the only one that was driven on a dry track this weekend. Day first had to admit defeat to local hero Stienes Longin (PK Carsport) at the start, but could not be shaken off by his teammate.

In third place, Luigi Ferrara (Shadow Racing Cars at 42 Racing) withstood the pressure of his teammates behind him. Gianmarco Ercoli (CAAL Racing) was the first to overtake his compatriot, and so the first third of the race saw a pairing: at front Longin and Day, who had a small lead over Ercoli and Ferrara, but Ercoli quickly came closer. After Day had passed Longin, he was heading for an unchallenged victory.

“It was a good one!”, said Day, who left Zolder as the new EuroNASCAR PRO points leader. “It has been a while since I started next to my teammate. I have to thank Stienes for the great race we had. We had so many duels in the past and it’s not taken for granted to have such clean fights in so many years of competition. I really appreciate that. The team did an amazing job and gave me an incredibly fast Monster Energy Chevrolet Camaro.”

After a braking mistake by Longin, Ercoli took second position and kept it until the finish line. This also meant victory in the Junior Trophy for the Italian. The experienced Marc Goossens (CAAL Racing) also passed Longin to complete the podium.

Jacques Villeneuve (Feed Vict Racing) had to park his car with a technical defect against race half time. His team mate Patrick Lemarie suffered the same fate shortly afterwards. Giorgio Maggi (Hendriks Motorsport) was also unable to finish the race. Nicolo Rocca (DF1 Racing) was even more unlucky, as he had issues in the formation lap that forced him to retire.

Previous day’s winner and reigning EuroNASCAR 2 champion Lasse Soerensen (DF1 Racing) had to start the race from last position on the grid, because the repair work on his car after the crash of his compatriot Andreas Jochimsen in the EuroNASCAR 2 race took longer than planned. But the Dane made a remarkable recovery and crossed the finish line in ninth place.

Loris Hezemans (Hendriks Motorsport) was still handicapped by an injury to his right wrist, which he had sustained during qualifying on Saturday morning. But he gritted his teeth and finished fifth, one place behind Longin.

Behind Hezemans, Thomas Ferrando (CAAL Racing) took second place in the Junior Trophy after a spectacular duel with Lucas Lasserre (Mishumotors). The Junior Trophy podium was completed by Martin Doubek, who rounded off a very successful weekend for him.

The victory in the Challenger Trophy classification was secured by Davide Dallara (Not Only Motorsport) ahead of Dario Caso (Feed Vict Racing) and Mauro Trione (CAAL Racing).

At the end of the race, Doubek was the beaming winner of a race that was marked by a number of incidents and long periods of caution. The Czech celebrated an impressive comeback after his COVID 19 infection. He had already won the first race the day before.

The first incident occurred as early as in the second corner. Doubek entered the first corner ahead of Guillaume Dumarey (PK Carsport), but Julia Landauer (PK Carsport) stormed up from behind, colliding with Alessandro Brigatti (Feed Vict Racing) and initially got stuck in the gravel trap. Brigatti fell back to the end of the field. At the exit of the Bolderberg curve, the rear field rumbled and the safety car had to go on the track.

Landauer’s car was freed from the gravel bed by the marshals, but a pit stop was inevitable and a top position became impossible.

Again it was Doubek who won the restart, but as he had started on rain tires, he quickly came under pressure from Dylan Derdaele (CAAL Racing), who had a big advantage on slick tires on the fast drying track and also quickly passed the almost defenseless Doubek.

However, another safety car phase immediately after this overtaking manoeuvre washed Doubek back to the top, as the order of the last lap before the yellow phase is decisive.

After the restart it became dramatic: Doubek stayed in front, Derdeale put a lot of pressure on him, but four laps before the end he was involved in a collision with Nicholas Risitano (Solaris Motorsport) which threw him back to sixth place. Andreas Jochimsen (DF1 Racing), who had been in a promising position until then, was also involved in a collision. Once again, the safety car had to go on the track and the race was finished under a yellow flags.

“Yes, I did it again! I’m so happy to be in Victory Lane again after my first NWES win yesterday,” said Doubek. “It was a tough race but I managed to stay at front. It was not easy with the rain tyres on the drying track and the #98 was pushing a lot. He was involved in a crash so I was able to keep the first position when the race ended behind the safety car. Thanks to my team for the great car this weekend.

In second place was his Hendriks team mate Vittorio Ghirelli, who had worked his way up the front in the meantime and benefited from the collision in front of him. Third was Francesco Garisto (Shadow Racing Cars by 42 Racing), who thus also won the Rookie Trophy.

The biggest catch-up of the race was made by Andre Castro in the service of DF1 Racing. As he had to skip Saturday’s race due to illness, he started from 20th place, but fought his way up to fourth place.

Arianna Casoli (CAAL Racing) also had reason to celebrate: The Italian recorded her best result in the NWES so far with fifth place – and with this performance she became the winner of both the Lady Trophy and the Legend Trophy.

Despite an accident, Derdaele ended up sixth ahead of his compatriot, Feed-Vict-Racing pilot Simon Pilate. The two completed the Rookie Trophy podium. In the Legend Trophy Yevgen Sokolovskyi (Marko Stipp Motorsport) and Eric Quintal (Mishumotors) finished second and third.

Bad luck for Brigatti: Although he dragged his heavily undulating Chevrolet Camaro to the finish line in fifth place at first, he was fined after the race for causing a collision, which pushed him back to eleventh place. 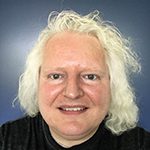