Posted by André Wiegold and Alessandro Righi on July 7, 2020 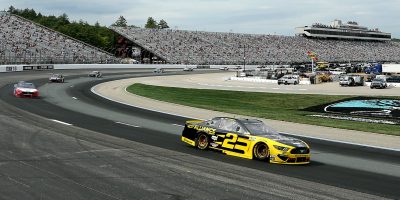 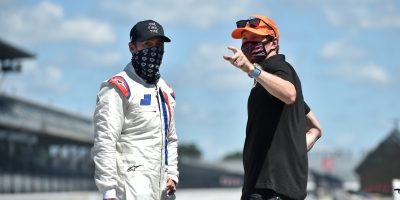 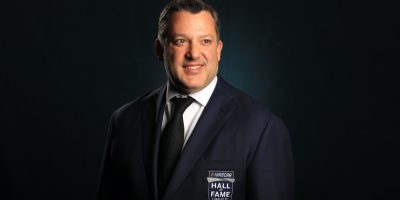 Last weekend saw the first double header of the IndyCar Series and NASCAR at Indianapolis Motor Speedway – While Kevin Harvick took his fourth win of the season, Chase Briscoe wrote history in the Xfinity Series

Last weekend, the NASCAR Cup Series its first event together with the IndyCar Series at the Indianapolis Motor Speedway (IMS). The first double header of the two series had to be held in front of empty grandstands due to the COVID-19 pandemic. Nevertheless, this joint event could have been the starting signal for a future with further double headers.

While the NASCAR Xfinity Series made its debut on the Indianapolis road course, the Brickyard 400 was held on the classic 2.5-mile oval. In the first 50 laps, William Byron (Hendrick) beat his rivals to secure the 10 championship points and 1 play-off bonus point for the stage win. The second stage was won by Kevin Harvick (Stewart-Haas).

The 44-year-old former champion from Bakersfield, California, ultimately won the final segment and finished ahead of Matt Kenseth (Ganassi), Aric Almirola (Stewart-Haas), Brad Keselowski (Penske) and Cole Custer (Stewart-Haas). It was the NASCAR veteran’s third victory at Indianapolis Motor Speedway and his second in a row. This means that Harvick has claimed each of his IMS victories in a different decade: 2003, 2019 and 2020.

This means that both Harvick and Denny Hamlin (Gibbs) have taken four race wins so far in the 2020 season. It seems that the two experienced NASCAR drivers are currently setting the pace in the Cup Series. Other top-class stars such as Kyle Busch (Gibbs), Kurt Busch (Ganassi), Clint Bowyer (Stewart-Haas) and Matt Kenseth (Ganassi) are still waiting for their first victory of the season.

While Kenseth, who has taken over the cockpit of Kyle Larson, competed for victory in Indianapolis, many other drivers met the IMS’ safer-barrier. Numerous punctures made the race a real shaker. The most prominent victim of the tyre disaster was Hamlin, who crashed violently into the wall just before the end of the race. The car caught fire, but the Gibbs driver was able to climb out of the wrecked car without any problems.

Jimmie Johnson was not in the game in his Hendrick Chevrolet as he was replaced by Justin Allgaier. The seven-time NASCAR champion was tested positive for COVID-19 shortly before the race weekend in Indiana. Currently Johnson and his wife Chandra, who was also tested positive, are undergoing treatment. The couple have two children, and their parents are very worried about them. It is not yet clear when Johnson will be back racing again.

In addition, the Pocono race still has after-effects. After a noose was found in Bubba Wallace’s (Petty) garage, NASCAR showed solidarity and unity against racism together with all drivers and teams. However, the FBI concluded that the noose was not placed intentionally to threaten Wallace. There was no hate crime committed, so the investigation was dropped.

Now, US President Donald Trump has spoken. On Twitter he demanded an apology by the Petty driver for the incidents at the Pocono Raceway. However, Wallace had not found the noose himself, but one of his team members. The noose, which definitely existed, was merely a device to open and close the garage door. However, the Petty garage was the only one that was equipped with a rope in this shape.

With four laps to go, the Indiana man had victory in his own hands, but a small mistake threw him back into third place. Veteran A.J. Allmendinger (Kaulig), who in turn had Stage 1 winner Austin Cindric (Penske) at his back bumper, took the lead for a short time. But the two drivers collided with two laps to go, so Briscoe passed them and sped towards victory. It was the local hero’s fifth win of the current season.

For the statistics of the Indianapolis premiere it should be noted that Jeb Burton (JR Motorsports) is recorded in the books as the first pole setter at the Pennzoil 150, stage 1 was decided by Cindric and stage 2 by Briscoe. During the race, there were four unplanned cautions. Furthermore, Justin Haley (Kaulig), Noah Gragson (JR Motorsports), Allmendinger and Austin Cindric rounded out the top 5. 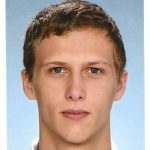