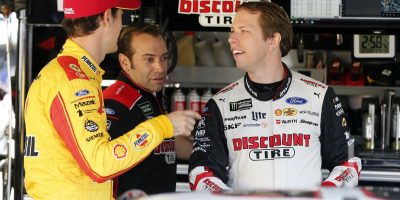 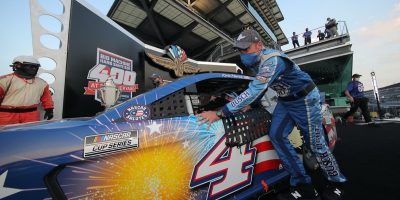 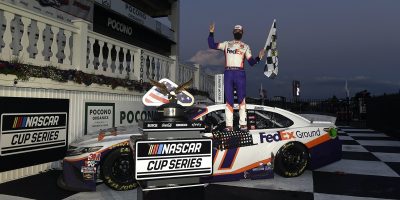 The All-Star Race with a prize money of one million US dollars will move from Charlotte to Bristol in 2020. NASCAR will also allow a limited number of spectators at the invitation race at the short track in Tennessee – up to 30,000 fans several media outlets reported. The race, which doesn’t count to the championship, will take place on 15 July.

It is the first time since the 1986 Atlanta race that the All-Star Race will not be held at Charlotte Motor Speedway. In the race for the one million dollars, the paint schemes of the cars will stand out from the actual style. The starting numbers on the sides of the cars are moved closer to the rear tyre, so that the front part is more usable for sponsor stickers.

At the Homestead-Miami Speedway, Denny Hamlin prevailed against his competitors. The Gibbs driver also secured the two stage wins and made the sweep perfect. Chase Elliott finished second ahead of Ryan Blaney, Tyler Reddick, who celebrated his best career result, and Aric Almirola. Reddick was a bit lucky, because he went off the throttle already one lap before the end of the race. Only after clear words from his spotters did the rookie get back on full throttle.

It was the first time since 2001 that a race of the regular season was held on the 1.5-mile oval in South Florida. From 2002 to 2019 the track in south of Miami was the venue of the final, in 2020 the title fight will be decided in Phoenix. Several lightning strikes turned the Homestead race into a real marathon: the 80 laps of the first stage took a full five hours.

The reason for this is the lightning policy by NASCAR: If a lightning is seen within a radius of twelve kilometres, the grandstands and pit lane must be cleared to ensure safety. There is also a 30-minute mandatory break, which must be strictly observed.

This rule was introduced after a tragedy at Pocono Raceway in 2012. Back then a thunderstorm moved over the track. A spectator was struck by lightning and died of his severe injuries. Nine other fans were injured, too. Jeff Gordon won the race, which was canceled after 98 laps.

Austin Dillon, who finished seventh behind Kyle Busch, not only celebrated a solid top 10 result at the Homestead-Miami Speedway, but also the birth of his son Ace RC Dillon. Ace stands for the logo, an ace of spades that has shaped Dillon’s career. His grandfather often used the phrase “have an ace in the hole”. RC stands for Richard Childress, the grandfather of Dillon.

In the NASCAR Xfinity Series, the Homestead-Miami Speedway hosted a double header with one race on Saturday and one race on Sunday. In the first race Harrison Burton won the battle against Austin Cindric. Behind them Noah Gragson, Anthony Alfredo and guest entrant Dale Earnhardt Jr. completed the top 5.

Meanwhile, Earnhardt Jr. has hinted that he will soon stop his career completely to concentrate on his role as a TV expert. He even said that the race in Florida might have been his last. After the 2017 season, the 15-time most popular NASCAR driver has ended his full-time career in the NASCAR Cup Series.

In the second race Chase Briscoe, who had already won in Las Vegas, drove to victory. In a thrilling final phase he kept Brandon Jones in check and crossed the finish line in first place. Ross Chastain, A.J. Allmendinger and Gragson completed the top 5 in Sunday’s race.

He has done it again: After two recent winless races in the NASCAR Gander & RV Outdoors Truck Series, Kyle Busch took a dominant victory at the Homestead-Miami Speedway this weekend. And this despite the fact that the two-time champion had to start from the back of the grid due to an L1 penalty after technical scrutineering and also had to drive through the pits once.

But Busch could not be stopped by this. However, the first stage did not yet go according to plan, as the 35-year-old had to pit in the competition caution because of a contact with the wall and finished the segment only in 33rd place.

The stage win was secured by Ross Chastain, who scored important bonus points. But already in the second stage Busch was in the lead: He collected 82 leading laps until the end of the race and finished in first place. Tyler Ankrum took second place ahead of Chastain. Chase Elliott and Johnny Sauter completed the top 5.