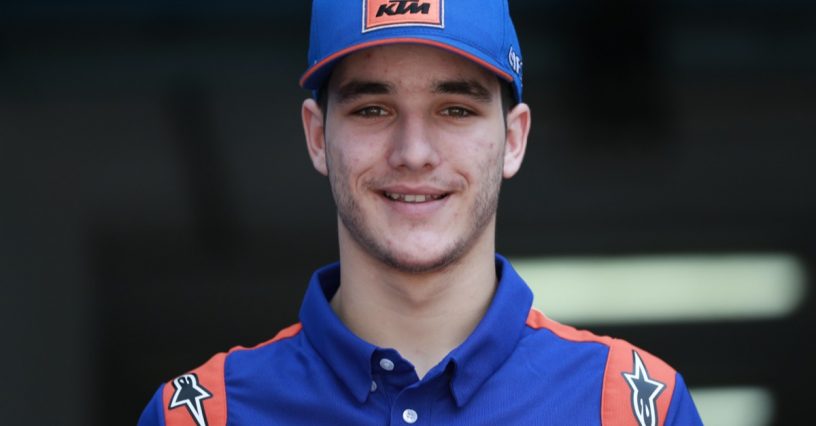 The real tracks of the NASCAR Whelen Euro Series (NWES) have the possibility to send wildcard drivers into the races of the EuroNASCAR Esports Series (ENES). The Circuit Ricardo Tormo has found a famous driver for the virtual EuroNASCAR championship: MotoGP factory driver Iker Lecuona. The Spaniard will be competing for KTM in the 2020 MotoGP season, but has yet to gain any experience in automobile racing – real or virtual.

Lecuona has already participated in the ENES Prologue at the Daytona International Speedway. He drove the Fordzilla Mustang for the Spanish track in Valencia. From the second round onwards, the 20-year-old will regularly compete in the ENES and represent the Circuit Ricardo Tormo. The MotoGP driver will start again in the EuroNASCAR Esports Series next Tuesday at the virtual Watkins Glen International.

“I love the Circuit Ricardo Tormo,” he said. “I have a special feeling with the track because it is my home track, but also because I got my first Moto2 podium there in 2018, so when my friend (Circuit Ricardo Tormo’s press officer) Pablo Pernia told me about this opportunity, I jumped on it,” Lecuona continued.

“I never drove a race car in real life so Daytona was my very first experience in car racing. I liked it very much!” said the Valencia native. “This car is quite difficult to handle and at the beginning I made way too many mistakes, I didn’t even think I could finish the race. But in the end I had a lot of fun, so it’s great to be back!”

The next run of the ENES will take place next Tuesday at 8 pm in Watkins Glen. 60 pilots will qualify for the three heats and the Last Chance Qualifier. The top-10 of the heats and the top-6 of the Last Chance Qualifier will move into the 30 minutes long main race, where points will be awarded for the virtual championship. The championship has an impact on the real team classification: It is virtually counted as the 27th race of the 2020 NWES season.