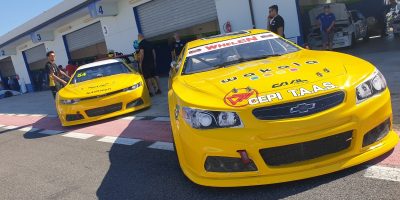 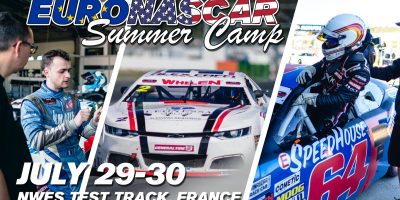 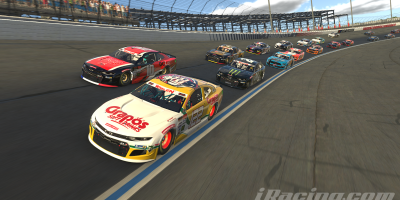 One week later than planned, the EuroNASCAR Esports Series (ENES) ended its regular season at the virtual Indianapolis Motor Speedway. Once again there was a new winner with Lasse Sörensen. The fifth in the fifth race.

All in all it was a dominant performance by DF1 Racing: With Sorensen and Andre Castro two drivers of the Austrian team conquered in the first row. Behind them, Loris Hezemans, Jeffrey Roeffen and Tobias Dauenhauer, a Hendriks trio was waiting for the chance to pass the two DF1 drivers.

But Castro and Sorensen prevailed! The lead remained with pole sitter Castro for the time being. After eight laps Sorensen then took the chance and passed his team mate and drove towards victory.

“It was a good race and I had a very good pace,” said the Dane after the race. “I really felt that I could manage the tyres throughout the whole race. I have to thank Andre for playing it fair and letting me by easily. I think that was the best thing we could do for the team. All in all it was a good race for the whole team as we scored a lot of points.”

After losing the lead, Castro then had to defend himself against the Hendrik drivers and lost his second place to Roeffen for a short time, but got past the Dutchman again and secured the double victory for DF1 Racing.

As Roeffen only finished fourth behind Hezemans, Sorensen extended his lead in the championship. Ten points separate the Dane from Roeffen ahead of the playoffs. Hezemans is third ahead of Castro and Dauenhauer. Before the start of the playoffs at Brands Hatch, the ranks in the top 5 of the ENES championship consist only of drivers from Hendriks Motorsport and DF1 Racing.

However, when returning to the track in Great Britain – where EuroNASCAR also drives in reality – this time the drivers will be on the Grand Prix circuit. This is a first for the EuroNASCAR teams, as in reality the series races on the Indy circuit.

The race on 16 June will be broadcast live on YouTube and the social media channels and of EuroNASCAR as usual. Just like in reality, ENES will be double points in the playoffs, so nothing has been decided yet.