Posted by Chris Liemann on September 7, 2020 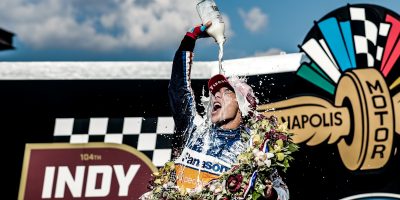 After an eventful double-header event at the World Wide Technology Raceway – formerly Gateway International Raceway – the championship battle of the IndyCar Series continues to intensify.

Scott Dixon, so far the season’s dominator, secured victory in the first of the two races on the 1.25-mile oval ahead of Indy 500 winner Takuma Sato and shooting star Pato O’Ward. Defending champion Josef Newgarden did not make it past twelfth place.

The following evening, however, by clinching victory Newgarden ensured that his chances in the title fight would remain intact. Dixon took fifth place to limit the damage, while O’Ward once again scored big with his McLaren-SP car in second place.

The overall ranking is still led by Scott Dixon (416 points) ahead of Josef Newgarden (320 points) and Pato O’Ward (297 points).

Alexander Rossi, who won the Indy 500 as a rookie in 2016, is going through one setback after another in the current season. Despite three top ten results – third place in Road America, sixth place and eighth place in the Iowa double header – the American has also missed top 20 finishes in three races already. During the first race at Gateway, the Andretti driver hit rock bottom for the time being:

The race ended no sooner than later than with the waving of the green flag for Rossi. In a starting accident – caused by Simon Pagenaud and Oliver Askew – he fell victim to the incident through no fault of his own. Thus, the former Formula 1 driver did not finish a single lap. In the second race he crossed the finish line unscathed, but only finished in 14th place.

The Andretti driver, who was regarded as the title favourite at the beginning of the year, is currently 18th in the drivers’ championship with a gap of 262 points.