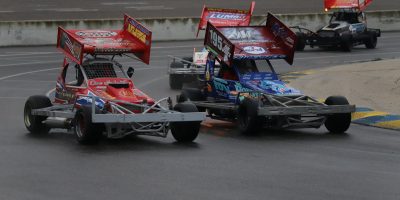 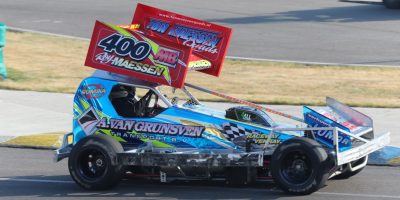 Ahead of the final National Hotrods races at Venray, Reimon Bos leads the track championship – He has also chances to win the Dutch Championship

“I don’t want to think too much about it,” says Bos to ‘Leadlap.net’. “Besides the amazing results, we also had some bad luck with a few DNFs this year wich cost us a lot of points in the NHRRG Cup and the Dutch Championship. Johan has always been one of our strongest competitors and we had some great battles this year.” Sanders already grabbed the NHRRG Cup title.

Despite the gap on Sanders, Bos wants to defend his title in the Dutch Championship. He knows that he needs a little bit help of Lady Luck: “Of course I will try to defend the title but I also know that it’s really difficult to close such a gap in points in just one race. For the last race I would like to see some good and exciting racing and either way I will be happy with what our team accomplished this year.”

At Raceway Venray, Bos won the important SuperCup title in 2019. The Dutchman is very fast on the 400 meter long oval and is the favorite of winning the track championship. “It was indeed a very successful year for us and I’m very happy about winning some big titles. The car is just really good and the team has done a fantastic job of keeping it on the pace.”

Bos has no special strategy for the last races at Venray: “We just prepare the car like in any other race. We are checking everything and hopefully the setup will be spot on. I will try my best and enjoy the final races before the winter break.”