Hezemans reaches out to other drivers: You have to give EuroNASCAR a try! 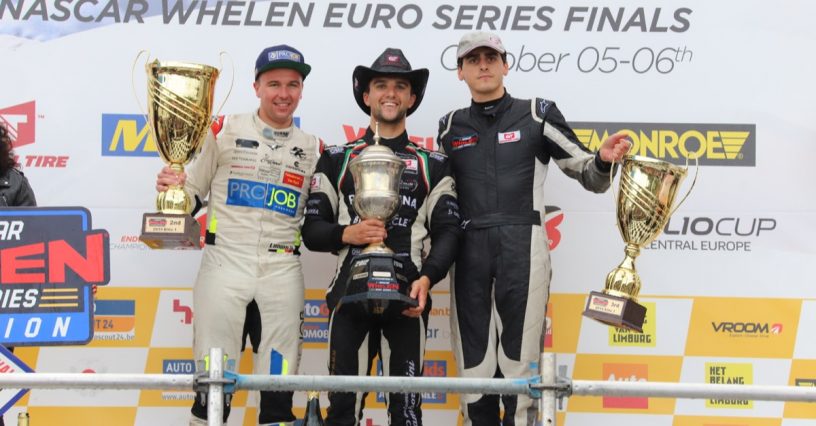 The new NWES champion Loris Hezemans reached out to his driver colleagues in Europe: All of them should give EuroNASCAR a try

In his second year of NASCAR Whelen Euro Series (NWES) racing, Loris Hezemans was crowned the 2019 champion. With Hendriks Motorsport, the Dutchman grabbed the title at the NWES Finals at Circuit Zolder. He reached out to his driver colleagues in Europe to try out a EuroNASCAR car.

“When we think about NASCAR, we think about cars that are heavy, slow, don’t corner at all and have no brakes,” says Hezemans to ‘EuroNASCAR’. “This is a myth and not true at all. This is the closest and purest racing you can get today in Europe. For all drivers, if you’re in formula sport, GT3, GT4, wherever you may be: sign in for the recruitment program!”

Hezemans explains, what makes the NASCAR cars so exciting: “If you test one of these cars, I guarantee you that this will be the best laps you’ll do in your life. You will love it! You will not turn back to anything else but NASCAR. Sign up!”

Hezemans has got plenty of experience in racing, why he’s able to judge about the different cars. After his first steps in the TCR International Series, he entered the Blancpain GT Series to drive a Lamborghini Huracan. At Zolder, he said that he found a new home in NWES, a series the Dutchman seems to love very much.

Not like other series, the NWES has simple rules: The series uses a V8 engine with 400 bhp and a carburettor. There are no electronic aids or any balance of performance or artificially overtaking aids. Many GT drivers are impressed by the NWES cars as they have to work hard at the wheel of the V8 beasts. They say it’s a series where the driver can make the difference.

The whole video with Hezemans’ message for his motorsport colleagues can be found here.