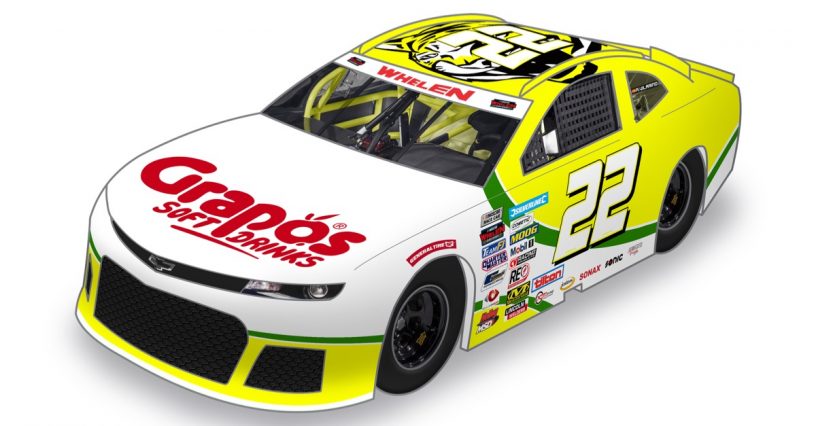 DF1 Racing has signed Ander Vilarino for the 2020 NASCAR Whelen Euro Series (NWES) and this could be a big coup for the Austrian team. The record winner will take over the wheel of the #22 Chevrolet Camaro willing to collect as many points as possible.

Vilarino won the title three times in his career. With 22 race wins in the EuroNASCAR PRO (ENPRO) championship, the Spaniard is the most winningest driver in NWES history. The 40-year-old race driver teams up with DF1 Racing to win his fourth title in the 2020 season.

“I am really happy and thankful for the trust Norbert and Gudrun (DF1 Racing’s team owner) have in me. I’ll do everything I can to bring good results and contribute to put the best car on the grid. I also look forward to working together with the other DF1 Racing EuroNASCAR PRO drivers and support the EuroNASCAR 2 and EuroNASCAR Club drivers,” said the Hondarribia native. “Everybody at DF1 Racing is really motivated to win the title and this motivation is not only contagious, it also perfectly matches mine.”

In Winter Vilarino visited the DF1 Racing base to learn all about the team. The Spaniard had stayed in the workshop for two days before he signed the new contract. The contract also includes an option for the 2021 NWES season.

DF1 motorsport boss Norbert Walchhofer is happy about having closed the deal: “There is no team that wouldn’t be happy if the three-time NWES champion signs a contract with them,” said the Austrian. “Ander is a top driver and together we have the chance to win the EuroNASCAR title. With his NWES experience, he will bring the team forward and also help the young drivers. We will give our best to help Ander win his fourth NWES title.”

The 2020 season kicks off on April 25-26 at the Circuit Ricardo Tormo in Valencia, Spain. Vilarino is set to start the season in front of his home crowd like in 2019 when he won both races with Racing Engineering.