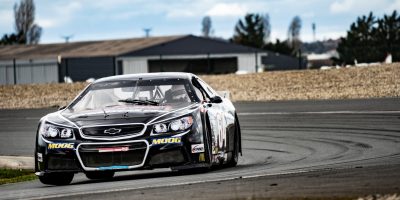 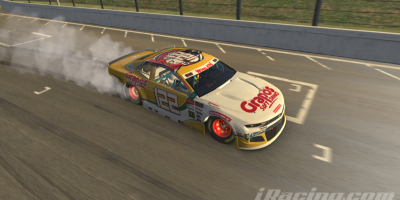 Nine months have now passed since the season finale of the NASCAR Whelen Euro Series (NWES) in Zolder due to the worldwide COVID-19 pandemic. On September 12-13, the V8 engines will finally start roaring again when EuroNASCAR kicks off the season in Vallelunga, Italy.

Meanwhile, a little bit of the usual daily grind has also returned for the teams and its drivers. In Italy, the first test drives since the COVID-19 enforced break took place over the past weeks. CAAL Racing held a test day with Arianna Casoli and Max Lanza at the Autodromo dell’Umbria in Magione. Lanza was overjoyed after the months of break without racing.

“Finally we are back on track! After so many months of forced stop, I needed some laps to remember how to drive this amazing NASCAR car. Lap by lap I found and tasted once again all those feelings that only a racing car can give you,” the 40-year-old Roman stated.

Back in June, the new team managed by Jacques Villeneuve, Patrick Lemarie and Dario Caso carried out a two-day test at Autodromo Vallelunga to be prepared for the start of the season in September on this very track.

It was a special test for Lemarie in particular as the Frenchman will make his comeback in active racing this season. In Vallelunga, the Frenchman sat on board a racing car again for the first time in as many as 16 years. In addition to the three team bosses, another promising team driver, Alessandro Brigatti, took over the FEED Vict Racing wheel.