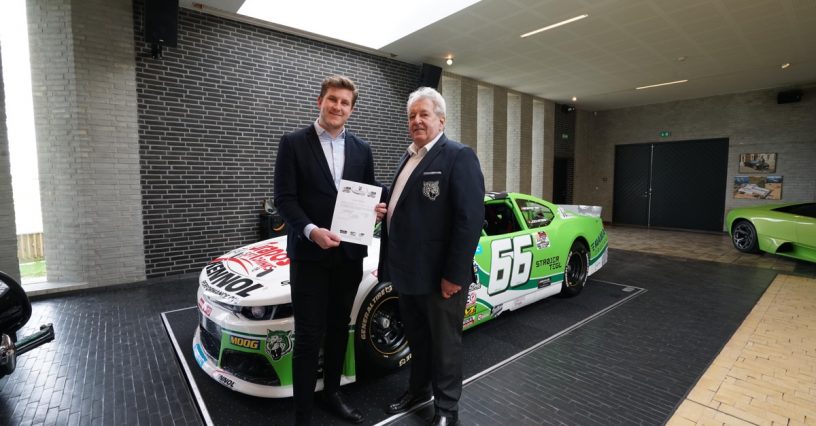 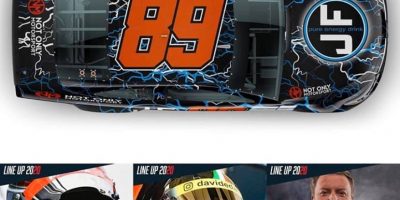 Good news from Denmark: Lasse Soerensen has extended his contract with DF1 Racing and will continue to compete for the Austrians in the 2020 NASCAR Whelen Euro Series (NWES) season. As the reigning EuroNASCAR 2 champion, the Dane will advance to the EuroNASCAR PRO championship and take on the European NASCAR elite. He will share the car with his fellow countryman Andreas Jochimsen.

“My goal is to win, but the championship will be really tough. Everyone has to push themselves to their limits to win. But I believe in myself and the team. We’ll see where we end up,” said the 23-year-old, who has set realistic goals for his first season in the first NWES division.

In 2019, Sörensen became EuroNASCAR-2 champion with DF1 Racing and he also secured the rookie title. He is the first driver in EuroNASCAR history who accomplished that. The Dane convinced with seven wins and secured the title in the last race of the season in Zolder – although he missed the season opener in Valencia.

DF1 Head of Motorsport Norbert Walchhofer speaks of the “best talent” he has seen in the “past decades”. That’s why the team around Gudrun Strouhal is happy about the extension of the contract with the Danish giant, who is about two metres tall and will again drive the #66 Chevrolet Camaro.

The first race of the 2020 NWES season will take place at Brands Hatch, UK, on June 6-7. The actual start of the season in Valencia, which was to take place in April, has been moved to the end of the season due to the danger of the coronavirus.