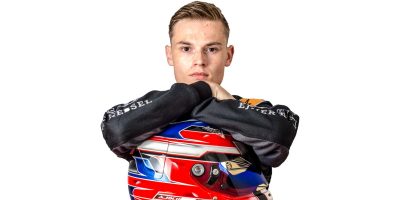 Consistency is the key to be successful in the NASCAR Whelen Euro Series (NWES) and that’s why it’s very important to have a stable environment during the whole season. Advait Deodhar didn’t have this stability as he was driving for three different teams in the 2019 season: Dexwet-Df1 Racing, Speedhouse 64 and CAAL Racing. Despite those problems, he finished inside the top-5 after his strong full time debut season.

“It was a good season but it feels like having unfinished business,” says Deodhar to ‘Leadlap.net’. “I missed one round [at Venray], drove for three different teams and struggled to get the right budget. I would have been in a better position if I would have driven for only one team this year.”

His best result in his young NWES career came at Brands Hatch, where he ended up second. After scoring four top-5 and ten top-10 finishes, the Mumbai native ended up fourth in the ELITE 2 Division points standings – right behind Lasse Soerensen, Giorgio Maggi and Vittorio Ghirelli. Deodhar also rounded out the pack of four rookies in front of the championship standings.

“The podium result at Brands Hatch is one of my three highlights in the 2019 season,” tells Deodhar. “At Most I ended up seventh after starting from the back of the grid. It was one of the best races in my life, as I gave 100 percent without making any mistakes. The third highlight was the battle at the front at Zolder until I made the mistake.”

Deodhar wants to improve his consistency in the 2020 NWES season to become a title contender. He says: “In the first three rounds of 2019 I was not consistent enough. I needed to learn more about the car first. During the finals at Zolder I was at the same level as the guys in front. To win the title, I have to clean up my driving style as I am normally very aggressive. Another thing is to drive for only one team and find a proper budget for the whole season.”