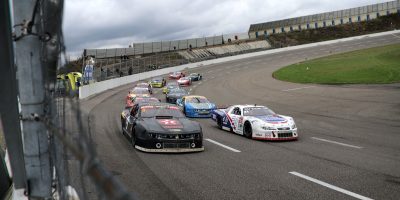 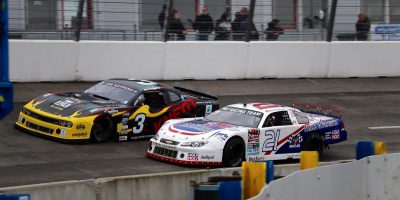 Dennis Jay Sargent Jr. is happy about the results at Raceway Venray – But he sees a lot of potential to improve in the coming season

Since 2016 he’s there, the spirited American from the heart of NASCAR in the USA: North Carolina. Since moving to Europe, Dennis Jay Sargent Jr. is racing in the V8 Oval Series (V8OS) at Raceway Venray. The experienced oval racer scored some solid results in the 2019 season despite having some issues.

Sargent Jr. was very fast in the Dutch Championship on his Chevrolet Camaro operated by Hendriks Motorsport. The American collected 1051 points and finished sixth in the championship standings.

He was 63 points shy on Philipp Bachor, who rounded out the top-5 in 2019. The late model driver beat Gil Linster, known from the NASCAR Whelen Euro Series (NWES). Sargent Jr. know the NWES very well as he’s working in the European NASCAR series for Hendriks Motorsport.

For ‘Leadlap.net’ he sums up the V8OS season: “It’s like any racing, I enjoyed it a lot. We’ve had some issues this year but I hope we can work through them all during the off-season. All in all it was a good year and I’m really happy with it.”

Sargent Jr. does yet not know what the problems are, which prevented him from winning a race in the 2019 season. He says: “I wish I knew what to do to be more competitive. If I knew, I would have been more competitive this year. I don’t know yet, so we have to keep working on the car.” But he defends the performance of the car and blames himself as the driver of it.

“It’s not the car, it’s the driver,” jokes the simpatico late model driver. If he would be his own car owner, he would surely blame the driver for not being fast enough. But Sargent Jr. will never kick himself out of the team, so he’ll be back on track in 2020 for sure to improve and score even better results.

That’s why he has a lot of work to do during winter: “We’re gonna take apart the car this winter, go through it to fix all the bad stuff and prepare everything for the next season.” Sargent Jr. will again pull double duties by also working for Hendriks Motorsport in the NWES as spotter, consultant and chef, for what he’s famous for in the paddock.

“I will be part of the team,” says the happy Sargent Jr., who grabbed the title with the Dutch team and Loris Hezemans in the 2019 EuroNASCAR Pro championship. “We will field two or maybe three cars next year”, reveals the American, who has gasoline pumping through his veins.