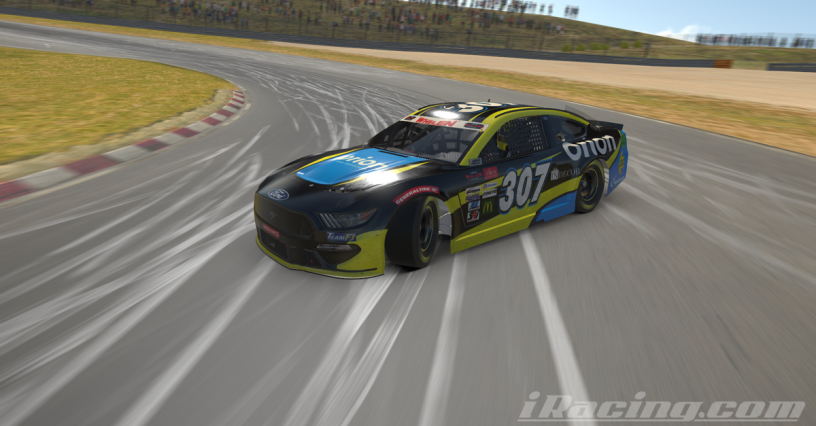 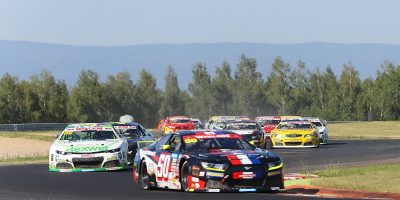 All drivers in the EuroNASCAR Esports Series (ENES) with a three as the first digit of a three-digit starting number are members of the real teams of the NASCAR Whelen Euro Series (NWES). During the ENES races at the Circuit Zandvoort, one of these drivers has won a race for the first time: Jeffrey Roeffen. The Dutchman is the crew chief of the #7 car by Hendriks Motorsport and scored his first race win at his home track.

Roeffen had previously won all heats in all rounds of the first ENES season in the history of EuroNASCAR, but an overall victory had been missing until Zandvoort. On his home track the knot burst: Roeffen, who had taken pole position and won in his heat, led the race over the entire distance and took the win.

“While we went into today’s race with confidence, I could not have imagined that we would have had the success that we did,” he told ‘Leadlap.net’. “Pole position, heat win and feature win, three out of three. Zandvoort is tough track for the EuroNASCAR and to sweep the day was awesome, but unexpected.”

Roeffen thanked his team Hendriks Motorsport and Orion for the opportunity to compete with the real NWES drivers.“Without them it would not be possible,” he said. “They provide the technical and emotional support to be able to be successful. Special thanks to Martin Doubek the actual driver of the #7 Team Orion car for allowing me to represent his team and company.”

The Dutchman summed up the final race of the third ENES round: “We started the race from first position with some of the best drivers in EuroNASCAR starting behind me and with my teammate Tobias Dauenhauer starting from second on my outside. After some early pressure, we were able to slowly pull away from the field to take the checkered flag with a five second gap to second place.”

Hendriks driver Dauenhauer ended up in second place ahead of ENES championship leader Lasse Soerensen. The Dane leads the overall standings with three points ahead of Zandvoort winner Roeffen. NWES champion Loris Hezemans is third with six points behind. The Dutchman is still waiting for his first ENES victory. Andre Castro and Ulysse Delsaux round out the top-5 before the final of the regular season in Indianapolis.

The next round of the ENES will take place at the Indianapolis Motor Speedway road course. The race closes the regular season and thus occupies an important position on the calendar. Afterwards, the playoffs begin, in which double points are awarded. Remember: the virtual EuroNASCAR championship will have an influence on the real NWES team classification.