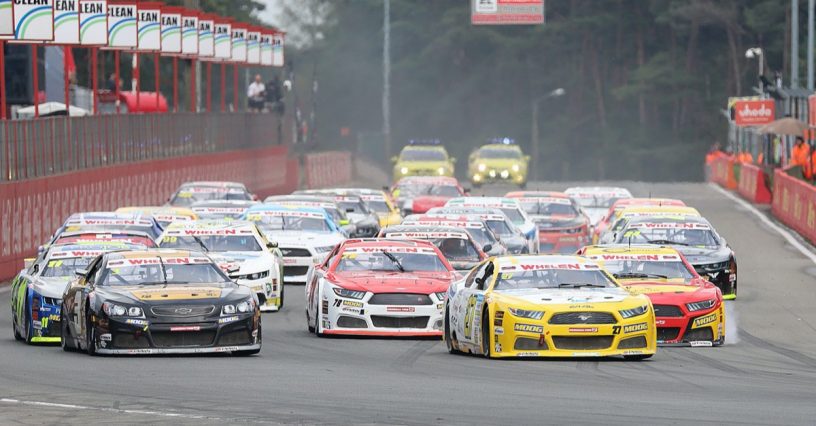 Since 2012, the NASCAR Whelen Euro Series (NWES) is part of the European motorsport landscape as an official NASCAR series. The rapid growth of the series has set new records year after year. A new high in the history of EuroNASCCAR is also expected in 2020 with at least 33 cars on the grid.

17 teams have submitted their entries for the coming season despite the coronavirus crisis. 33 cars are confirmed, but some racing teams are using the additional time until the start of the season to fill even more cars with fast drivers.

In addition, the EuroNASCAR Esports Series will provide a virtual alternative to compete in direct competition until the actual start of the season will take place. This virtual SimRacing championship will even have a direct impact on the 2020 team classification.

But how many cars are actually fielded by the teams? DF1 Racing from Austria with four own entries and one joint car in cooperation with Marko Stipp Motorsport provides most of the cars. The championship winning team Hendriks Motorsport is bringing three Ford Mustangs. CAAL Racing and Jacques Villeneuve’s Feed Vict Racing plan to field four cars each.

Memphis Racing, Mishumotors, Marko Stipp Motorsport, Team Bleekemolen and the newcomers NotOnly Motorsport are each planning one car. However, there are still some teams working on realizing more full-time entries. There are also some part-time programs, so there could be more than 33 cars at the start of a race.

Due to the coronavirus crisis the races at Valencia and Brands Hatch have been postponed. Currently the NASCAR Whelen Euro Series is planning to kick off the 2020 season on June 20-21 in Most, Czech Republic.